As a longtime community association manager, I feel like I’ve witnessed all kinds of messy situations and heard about a whole lot more. We all have that story we save for cocktail parties. This isn’t the forum for that story. This is the place where we air our singular worst stories. The ones that we keep under wraps. Perhaps they haunt us, and we want to forget them. So, thank you all for sharing our cathartic moment.

Sadly, there were several stories about death. No one wants to think about it, but that’s a dirty moment. We heard from one manager who had the unfortunate case of a hoarder who passed away in her unit. The clean-up was extensive, but in the course of the clean-up they came to find that among other things, the owner had laid up fine art in her unit. There was at least one original Picasso found as they emptied the unit. One manager told the story of when the on-site staff called to report an attempted (but fortunately not successful) suicide in a unit. Their immediate reaction was, “What was the method? Are we looking at a clean up here, or just informing the family and the medical examiner?” The irony is that this interaction took place while the manager was in the checkout line at the grocery, standing next to their partner. It was a unique glance into what we community association managers deal with in our day-to-day life.

Excrement. Poop. Sh*t. There was definitely a common theme in a lot of stories. Whether human or pet or pest, working on this story forced me to deal with a lot of scat. There was the one manager who told about the shockingly large pile of rodent excrement they found in a back corner of a storage room. Another manager had to write it into their inspection procedures that one must clean up after their pets prior to a resale inspection because of the number of times they trod on dog poop during a walk-through. Or the time another manager went to check on the sump pumps in a garage and found several piles of what could only be human excrement in the enclosure that housed the pumps. And how do you deal with an emergency call indicating that feces and blood have been smeared on the walls in a stairwell? The answer in this case was a quick call to a very solid clean-up company and a nice tip once you make it past that particular hurdle.

We also had some feedback involving floods of unknown or questionable origin. One of the few managers willing to go on record, Steve Rugen, CMCA, AMS, PCAM told the story of when he first started out, trying to find the source of water infiltration in several areas of the basement of an older building. Working with the site manager, he performed several site visits looking at the particular wall on which the electrical meters were mounted trying to find the source of moisture and mud. As a last-ditch effort, Steve opened up the electrical panels and found that there was mud caked in the bottom of them. Looks like the penetrations for the wiring were not properly sealed and muddy water was just pouring through the penetrations.

I personally bought myself a really cute pair of blue plaid galoshes after a particularly gross incident. Having rolled up to a property being told simply that there was a flood, I proceeded to ruin my work shoes sloshing through a couple inches of wastewater to try and figure out where exactly it was coming from. You would think that would have taught me, but no. Sadly, a little while later, I was on call over the weekend and happened to be housesitting near the office. I went to check the on-call system and realized the office phone was not working. I went down to the office to check it out, only to again slog through raw sewage from a storm surge. Some areas of DC have the storm and waste sewers connected, so if you don’t have a backflow preventer, a large storm can cause wastewater to back up. That one resulted in a tetanus shot because I was smart enough to do that while wearing Tevas. I had walked to the office, not expecting an issue. The cute galoshes went unscathed in the trunk of my car a couple blocks away.

The final frontier seems to be pests. Whether rodents or insects, there was a lot of feedback on this front. An HOA manager spoke of the time she went out for inspections and walked down one street only to have roaches issue forth from the cracks in the sidewalk with every step she took. Another manager told the story of a chipmunk infiltration. Cute, right? Except at least one died in the walls of the building, causing an odor and the need to destroy several walls to locate and remove the pest. There’s also the manager who had the report of wasps outside a building and upon investigation (with a qualified exterminator) found a massive nest outside with a significant population of larvae inside that would have been terrifying if they had made it to maturity.

Given that we’re in a major urban area, there were several stories about rodents. A manager reported that they were managing a mixed-use property that included a restaurant that was at the time getting some pretty positive press. Until someone posted a video that went viral of at least ten mice running wild through the restaurant during daylight hours. Then there was the case of the “flat rats”. In an alley behind a building, on a regular basis, the manager would encounter utterly flat rats who had fallen victim to the trash trucks in the alley. The Board took to referring to them as “ratcakes” when reporting them to the manager. Less common, we did hear a couple bird stories. There was the manager who had to tell one resident that they had to stop feeding the birds because the guests she was attracting were causing such a mess on the balconies of their neighbors it was moving towards becoming a health hazard. Another manager laughingly told the story of the very funny text she received from a Board of the glass awning over the front entrance to the building. She had to zoom in to find the dead pigeon on top with its head lolling over the front entrance.

The common thread in these stories is that for the most part, the manager relied on a trusted vendor to help get them out of the dirty mess. We would be nowhere without the support of our vendors and our Boards. Yes, we get exposed to dirty things from time to time, but usually we don’t handle them directly. But even if we do, we tend to be lucky enough to have someone to help us push through the gross to resolve the issue.

Mira is the director of internal operations for EJF Real Estate. In addition to the management of a portfolio of properties in the DMV, she also serves in supervisory functions and capacities at EJF. She has been a CAI member for over 15 years and has been an active member of the Quorum Editorial Committee for over 5 years. 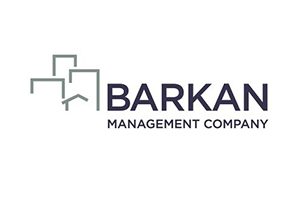 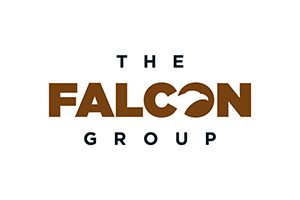