Residents come in many forms, some younger than others. Taping into the potential of our school age residents can result in amazing outcomes. Here is a synopsis of how River Creek Owners Association turned a partnership with a local school into an extraordinary environmental preservation effort.

You might be thinking…how does an association start working with local schools and how do you coordinate? These questions may seem daunting because you don’t know where to start. In our case it just fell in our lap. We were forwarded an email from the president of our association regarding a resident’s sixth grade son. He had come home with a flyer referencing the Goose Creek Challenge, which encourages teaming with schools on planting projects that would slow erosion. This is an issue that has plagued our eastern shores of River Creek, known as Confluence Park.

We contacted our local middle school, Harper Park, and they were enthusiastic about participation. The school’s staff visited the park and saw possibilities for water sampling, planting and environmental studies. Additionally, they discovered that this project coincided with historical preservation because Confluence Park is part of the Ball’s Bluff Battlefield Historic District National Historic Landmark (NHL).

The initial targeted effort, with the aid of our volunteers, was to have a variety of trees planted on the banks of Goose Creek in order to slow erosion This area is a flood plain and is prone to being under water a few times during the year due to heavy rains originating from the northern flow of the Potomac River.  These floods cause the riverbanks to slowly erode over time.  The following indigenous shrubs were chosen to be planted on the shoreline: Chokeberry, Holly, Winterberry, Spicebush, Arrowwood Viburnum, etc.

We decided to hold the planting event in early November 2018, on a Saturday to allow for more Resident involvement. This project quickly became a collaborative effort. The president of our local high school’s National Honor Society, who happens to live in River Creek, found twenty volunteers. Our association’s Confluence Committee found a native plant organization that gave us special pricing for the native shrubs and plants. Our own maintenance crew worked through their lunch hour, using an auger to prep the planting holes. And a resident volunteer, using her wheelbarrow skills, assisted in setting up the planting site. Piedmont Environmental Council loaned us their planting shovels for actual project.

On the day of the event, the rains came, and we were unsure if we could plant that Saturday, but the weather then turned to a brisk sunny day. Happy families from Harper Park Middle School brought their children, and a group from the Heritage High School National Honor Society showed up to plant. Even resident volunteers attended the event. What was scheduled to be a six-hour event was done in a little over two hours.

The staff at Harper Park Middle School who helped spearhead the project and wrote us:

“[The planting event] was SO MUCH FUN!!! Thanks for including us in it. I had several kids who were ready to come later that day and were bummed they missed it and are already looking forward to the next event. Please let us know if there is anything we can do to help plant if you are planning another event for the spring. Thanks again for getting us involved.”

As a result of this project, in what seemed like no time at all, Chokeberry, Holly, Winterberry, Spicebush, Arrowwood Viburnum and others sprouted up on the banks.  As of September 2019, 195 of the 200 shrubs planted have survived.

As an outgrowth of this project, Harper Park Middle School has now planned on using our historic park for their school’s water test sampling of the Potomac River and Goose Creek.  And as a result of this ongoing partnership, busloads of students are scheduled to come down to the Park this Fall as part of their Science Curriculum.

What started by a student bringing a flyer home, has become a friendly partnership with our local middle school. Additionally, for many enthusiastic adult volunteers from our community, who may otherwise have no direct link with the schools, they now have an opportunity to work with our younger generation!

Jack McNamee is a resident of River Creek since 2002. He served in the US Navy for twenty-five years culminating his career as Program Manager for Attack Submarines responsible for submarine construction and maintenance. Later, after retirement from the Navy, he started a second career focusing on project management and advanced engineering technologies ending his work career working for the FAA. He is a professional engineer (PE) and certified project manager professional (PMP). 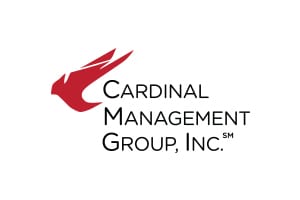